All aboard the AR train! Following the lead of Google (Project Glass) and Brother (AiRScouter), Microsoft have finally realized the importance of a real life HUD that allows its users to view a virtual layer super-imposed upon their field of view.

In a patent application posted today, Microsoft outlined “Event Augmentation with Real-Time Information” via a pair of glasses, which is very similar to the prototype of Google Glass we saw earlier this year.

The example given in the patent consists of someone watching a live baseball game, simultaneously viewing statistics such as names and batting averages for the players via the AR specs.

The above example would basically turn any real life event into its TV equivalent, and would theoretically make people more outgoing as they could have their cake and eat it so to speak, getting the social enjoyment of outdoor activities while at the same time receiving the information bursts that internet-addicts crave. 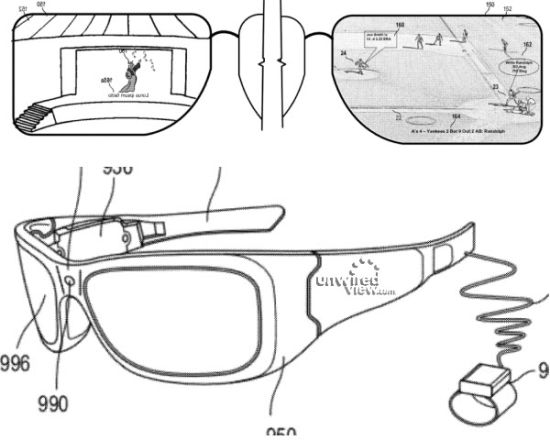 The device has more potential than just use as an entertainment device though, and as Brother has proved with its AiRScouter, devices such as these can be used in the field to train new engineers and impose blueprints or manuals over the vision of workers, greatly raising their productivity.

The patent also outlines a GPS device embedded in the specs, which would allow for much richer contextual sensitive information such as travel guides or shopping help when you’re out on the high street. Let’s just hope they don’t abuse the service with ads like a certain console’s dashboard…

The full patent can be found here.

Just Systems unveils the Smile Semi, a special learning tablet that is specifically designed to be used by grade school...