According to Gabe Newell, Valve is working on a new game engine. Newell is still not talking with regards to when Half-Life 3 may be turning up though.

A group of 4chan members from the site's /v/ board, recently made a visit to Valve's studio in Washington, where they met with studio head Gabe Newell and asked him about what Valve is working on at the moment. Rumors have been circulating recently about a new game engine that may be under development, and during the visit, Newell confirmed that Valve is indeed working on an engine. When asked if the engine was completely new, i.e. more than just an update of the current engine, he confirmed  that it was. Some ambiguity still exists as to whether the engine is a sequel to Source or something entirely different. 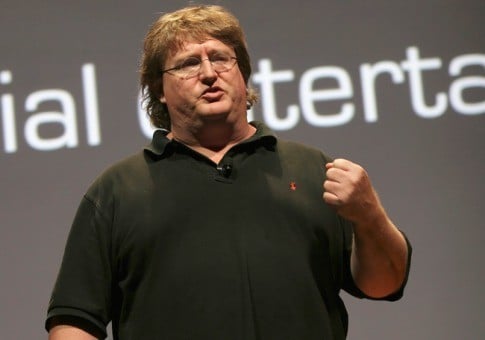 Newell also stated that the engine would most likely roll out together with a new game release, but did not say which game that might be. He did confirm that the studio is working on Ricochet 2, the sequel to a multiplayer Half-Life modification from 2000. As usual, Valve is keeping silent about the development of the elusive Half-Life 3.

B is a remote controlled quadrocopter car on Kickstarter

Witness the end of an era in the new Final Fantasy XIV: A Realm Reborn trailer

The end is nigh in this breathtaking cinematic trailer for Square Enix's popular MMORPG Final Fantasy XIV: A Realm Reborn.