Yesterday, we published an article concerning a class action lawsuit against Blizzard for forcing the sale of security solutions to it's customers. Blizzard has responded to our request for a comment, and so we're publishing an update.

Yesterday, we published an article about the recent class action lawsuit against Blizzard Entertainment. The lawsuit concerns security solutions for their games, which involves charging customers for protecting their personal information and for not taking proper steps towards alerting their players when security breaches had compromised the personal data. We reached out to Blizzard for a comment, and they've responded.

Blizzard is adamant that the lawsuit is baseless, as well as filled with false information. They state that the do indeed take the security of their users seriously, and that they are "fully committed to defending [their] network infrastructure."

Blizzard is accused of failing to alert their users of the August 2012 security breach or take any appropriate steps against it. Blizzard denies any wrong-doing. Their response to us states that they took action and provided their players with information on what Blizzard was doing to correct the situation, as well as how the breach affected the end user. Blizzard points out that it explained how no sensitive information, such as names or credit card numbers, had been obtained. They refer to their FAQ and a letter to their users, and indeed, having looked through them, they seem to support Blizzard's claim.

The lawsuit also claims that Blizzard is charging their players for security solutions, necessitating that customers purchase the battle.net authenticator, instead of providing security to the user accounts outright. Blizzard's response states that this charge centers around a basic misunderstanding of what the authenticator does. They explain that the battle.net authenticator is an added protection against threats from outside of Blizzard's network infrastructure. Using the authenticator involves using a random code as an extra security step for logging into your account. It's purpose is to ensure that it is really you who are logging in, and not simply a person who has stolen your credentials through external means, such as if you've used the same credentials on another website which was compromised. This has nothing to do with the internal security at Blizzard and is completely optional, though Blizzard still recommends it. 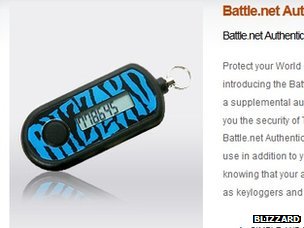 The letter ends with Blizzard remarking that they've received plenty of support for their security solutions and thanks the player community for their support during the lawsuit.

Blizzard has announced that the highly-anticipated first expansion for StarCraft II, entitled Heart of the Swarm, will launch in March...