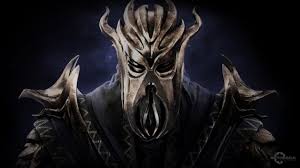 The third DLC for The Elder Scrolls V: Skyrim is in the works, and the first trailer is here. Watch it now!

The third Skyrim DLC is coming, and the trailer is here. It seems the dragonborn will be traveling to the island of Solstheim this time, due east of Skyrim. For those who are invested in the game's lore, the new trailer reveals that apparently, you were never the first Dragonborn in Skyrim; there was one before, who became a rogue dragon priest and whom you must now defeat. At the very least, you'll see some fantastical sights, like giant mushrooms and a bunch of new enemies. Check out the trailer below:

Microsoft partners with AMEX, pays you for completing Halo 4

Microsoft and AMEX are doing a promotional campaign together, where you'll receive $25 (or £25 in europe) for completing the...