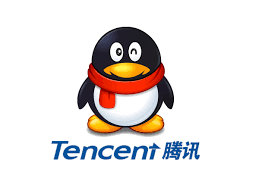 Tencent announced an end to the "money burning" stage as its new video platform starts turning a profit.  Now competing against the Youku and Tudou merger, Tencent Video has some advantages that sets it apart.

In the past 16 months, Tencent has been investing heavily in in its online video website and now expects to recoup its losses by 2014.  Tencent Video recieves around 275.5 million viewers a month, better than Youku's previous 266.3 million viewers a month.  Youku, a popular Chinese online video service, recently merged with its rival, Tudou, amassing an average of 475 million monthly viewers.

However, Liu Chunning, Tencent's general manager, is confident that Tencent can catch up with Youku-Tudou soon.  According to Liu, Tencent has four advantages over other video sites.  First, Tencent has years of previous experience in the entertainment industry and is better able to draw viewers to videos according to their interests. Second, with Tencent's integrated platforms and channels, videos can spread more widely.  Third, Tencent can use its user base resources and capital to keep technology up to date.  And lastly, Tencent has one of the most innovative and influential new media platforms in the country.

There are currently four popular video platforms available in mainland China: Youku-Tudou, Tencent, Sohu, and Aiqiyi.  Foreign websites, such as Youtube, are banned by the government and only accessible through a VPN or other application.

Can MySpace make a comeback using a different approach?

The madness is about to begin, so are you willing to endure it all for a chance at grabbing a...