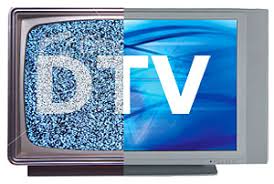 The Taiwanese government has announced a date for the analog to digital television switchover.  Electronics companies are manufacturing set-top boxes in preparation for incoming sales.

The Executive Yuan, the executive branch of the Taiwanese government, is planning for all television services to become digital by 2014.  All county and city governments will hold their National Cable subscriptions until the end of 2013, when services will make the switchover.

People who still have analog televisions will need set-top boxes to convert broadcasts.  Electronics companies such as Prime Electronics and Satellites, Inc., Unizyx, and Morningstar are producing set-top boxes en masse.  Local television service providers will purchase the set-top boxes for customers who need them.

The Executive Yuan had recently planned to make a complete switch to digital cable by 2017, but the growing popularity of digital service in Taiwan made it possible to do this sooner.  Already, more than 50% of Taiwanese households have digital cable, and broadband companies like KBRO have seen surges in service subscriptions.

IKEA announces Uppleva, combines TV, Blu-ray and furniture into one

Awhile back, there was a report that Apple stole a clock design trademarked by the Swiss Federal Railways.  Well, the...