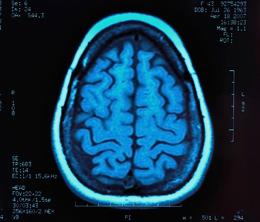 A new study by a research group in Albuquerque, N.M, indicates that brains scans on newly released criminals can predict whether they will re-offend.

A study by The Mind Research Network in Albuquerque, NM, suggests that brain scans could determine whether a criminal will re-offend. After performing neuroimaging on a number of inmates, the study demonstrated that inmates with low activity in the anterior cingulate cortex are twice as likely to commit crimes after being released, as those with high activity.

The anterior cingulate cortex regulates behavior and impulsivity, which means those with low activity in that region of the brain are more likely to be impulsive and exhibit anti-social tendencies. "These findings have incredibly significant ramifications for the future of how our society deals with criminal justice and offenders," said Dr. Kent A. Kiehl, senior author on the paper and associate professor at the University of New Mexico. The study not only allows for predicting future criminal behavior, but also allows for better, more targeted therapies to reduce future offences.

"I'm tellin' ya, it wasn't me! It was my Anterior Cingulate Cortex! You've got the wrong guy!"

Dr. Kiehl says he is currently working on developing new treatments which can help increase activity in the anterior cingulate cortex, and perhaps produce a viable way to reform certain criminals, rather than simply locking them up

IBM’s Watson supercomputer will soon be diagnosing and curing diseases

PlayStation 4 may outsell supply at launch

Gamestop has just released it's predictions about the PS4 launch, and they're saying that Sony's new console is already seeing...