Call of Duty: Black Ops II was released a week ago, and Treyarch has been collecting gameplay stats on it's players. They've presented the stats on a website. Some of the numbers are absolutely staggering.

Since Black Ops II was released last week, players have been racking up some absolutely amazing gameplay statistics. Treyarch, as with most other studios have been collecting gameplay data. This kind of data serves an important purpose; it allows the developers to use every player's statistics to monitor the game and subsequently adjust it (e.g. by adjusting the damage or accuracy of various weapons) to ensure fairness and good fun.

However, the statistics are just plain interesting, even by themselves, and Treyarch has created a webpage which continuously updates the stats on a number of things in game. If you want to check it out yourself, head on over to Call of Duty's global stats page. We've presented a few whopping numbers below, but bear in mind that these stats are changing faster than they can be typed into the article. 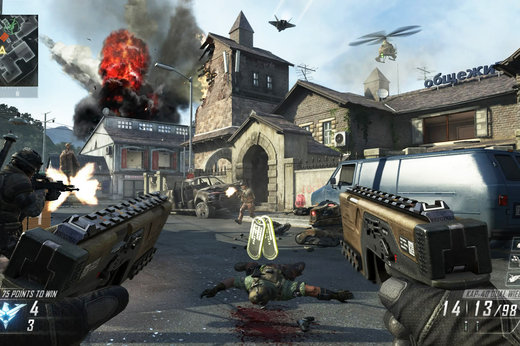 It's amazing how dedicated people are to killing each other online

I don't want a lot for Christmas.  There's just one thing I need, and that's an iPad.