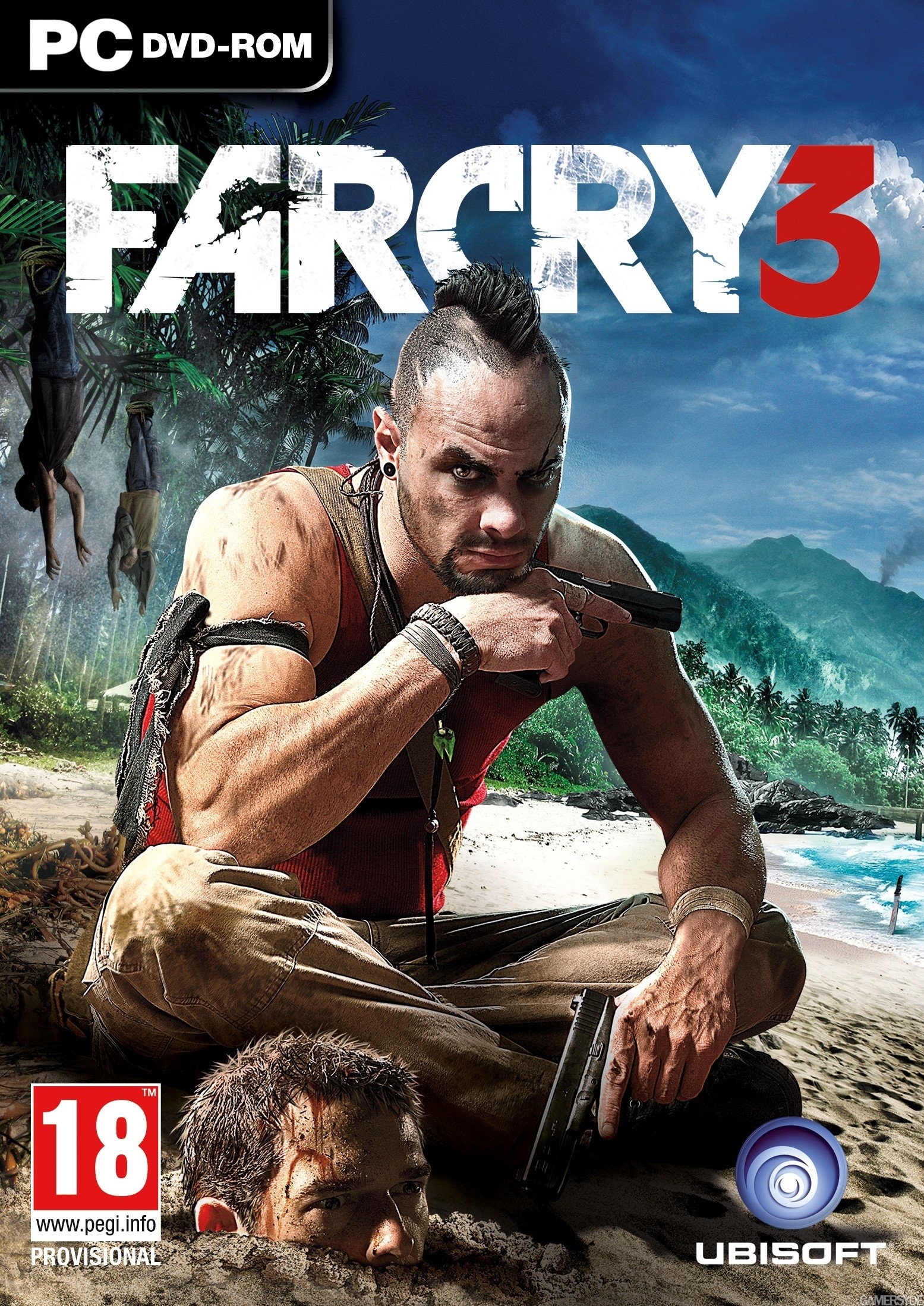 The third installment of the Far Cry series takes you to a tropical island paradise. Are you in for a day at the beach, or should you seek shelter from the coming storm?

Far Cry 3 takes you on an open world journey through a south pacific island paradise, to rescue your friends from the hands of pirates and liberate the island in the process. It's a great adventure, and you'll encounter wildlife, forgotten WWII bunkers, enemy encampments, as well as a cast of stellar characters weaving a tense and exciting story that sets itself apart. Unfortunately, the game is also wrought with inane design choices which will make you tear your hair out on a regular basis. At it's best, Far Cry 3 is a contender for game of the year. At it's worst, it's laughably bad.

Far Cry 3 opens in a rather innocent way. You play a character named Jason Brody, who is on vacation with his two brothers, girlfriend, and a few other friends. You're on the Rook Islands, a beautiful south pacific paradise, and you're basically just living it up: The opening cinematic shows you clubbing, diving, riding jet skis and going parachuting. That last one doesn't end well though, as you drift off course, landing in the jungle, and you're captured by pirates. When the game begins, you wake up in a bamboo cage opposite your older brother Grant, with the rest of your party nowhere to be seen.

This is also where you meet Vaas, one of the main antagonists in the game. Vaas is an absolutely amazing character; he's full of life, anger and madness that seems very real. Vaas manages to juggle being funny, clever, and out of his mind at the same time. You can never really tell what he's about to do next; he's utterly unpredictable, but in a way that makes him consistent, rather than simply behaving randomly. He's the first example of an amazing group of characters you'll meet in the game, many of whom deserved to be nominated for best character in the VGAs (but none of them were, sadly). Brilliant work here, Ubisoft.

Vaas, during the first moments of the game (not pictured: his badass mohawk)

From the first bits of dialogue, it becomes obvious that Far Cry 3 is trying to present the shooter from a new perspective. Most of today's FPS games have you playing a rough-cut marine or something similar – Grant is this character. He's a soldier and almost immediately, he frees himself from his restraints and helps you escape. Jason however, is no more than some average 20-something kid thrown way in over his head. He's scared, apprehensive and generally doesn't really know what to do. During the first few minutes, Grant leads you on a sneaky escape through the pirate compound. As you are about to reach the freedom of the jungle, Vaas kills Grant, leaving Jason very much  alone and unequipped to deal with the situation. Vaas decides to play a game with Jason, and tells you to run for it – you have a 30 second head start.

As you take off into the woods, flashlights, shouts and dog barks follow you, until you are eventually rescued by Dennis, an islander who is part of the Rakyat tribe of warriors. The Rakyat are resisting the pirates, and Dennis quickly convinces you to aid them in this task. To motivate Jason, Dennis explains that by becoming a Rakyat warrior, Jason will learn the strength needed to rescue his friends and remaining brother, and get out alive. And, you know, topple the pirate regime, which should help as well.