Built for hardcore gaming fans, Razer never ceases to impress at CES every single year. This company famous for its mice and keyboards dedicated to PC gamers has now made a name for itself in the laptop department with its Blade series of laptops.

The latest laptop built by Razer is a prototype. Codename Project Valerie, this new laptop looks and feels incredibly different from your usual Razer gear. Whilst Razer has been going for sleek and slim these couple of years, with the Blade Pro being an ultra-portable gaming laptop, and the Macbook rival, the Blade Stealth, which impressed mainstream users as well, the newer Valerie is going to pose a more massive and intimidating front.

Project Valerie comes with its 17-inch display that is packed into a pretty thick case. However that’s only because there are not just one, but 3 17-inch displays hidden under the hood. Razer says it is the world’s first portable laptop with three built-in monitors. 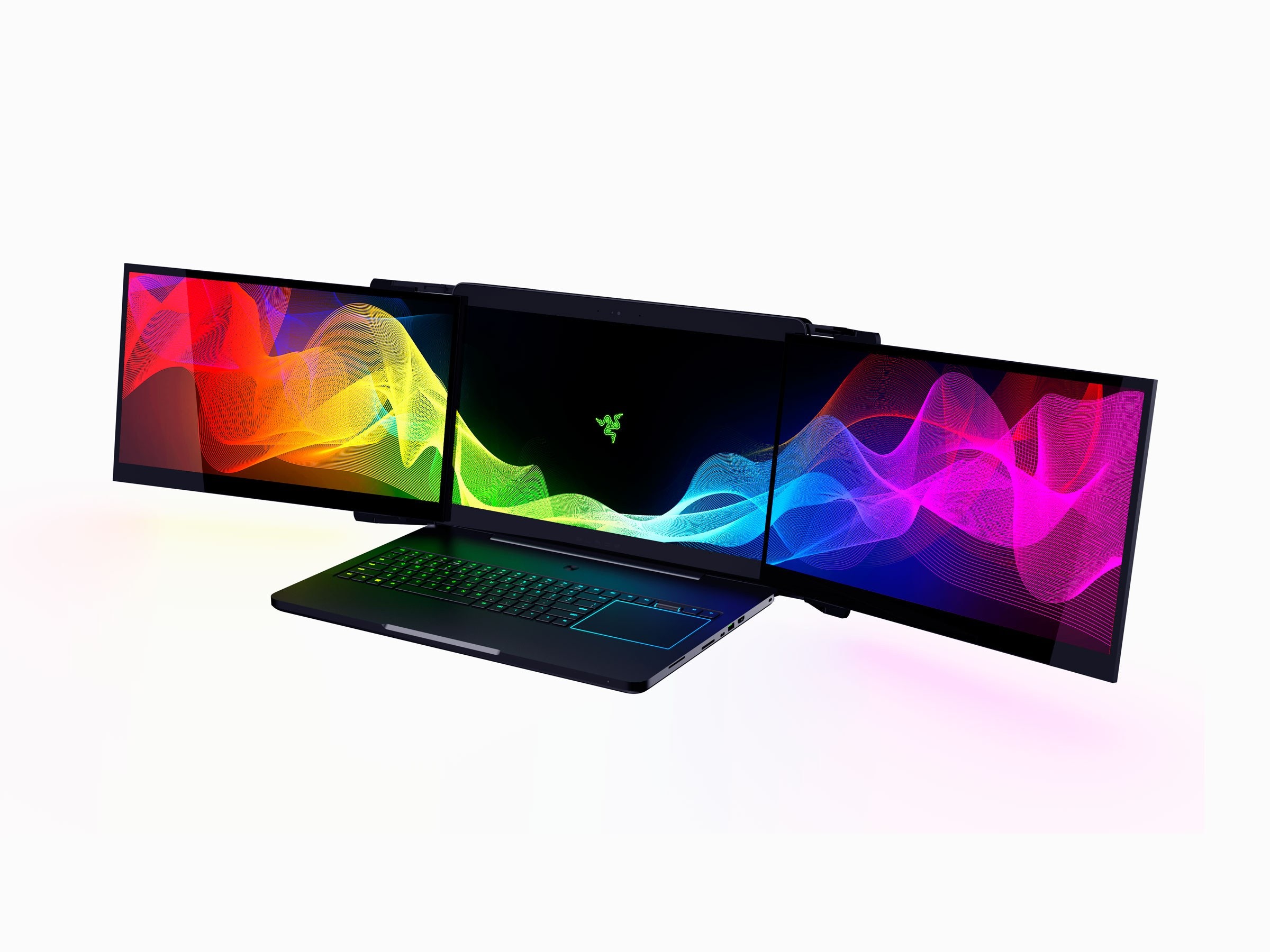 The 2  extra screens pop out off either the left or right side of the main display which is done by what Razer deems to be”an automated deployment mechanism.” This means the screens will flip into position without you guys having to do anything.

Encased within its shell is a Nvidia GeForce GTX 1080 graphics card, which is the flagship for all state-of-the-art laptops. Every one of those 3 displays also utilises the Nvidia G-sync technology, this allows the screen refresh rate to be matched with the output of the graphics hardware.

Portability, however, is a huge no-go on the Valerie, which is 1.5 inches thick and weighs around 12 pounds. There has yet to be any information on a potential price or availability, so this monstrosity probably isn’t going on sale anytime soon.

Here are the launch titles for the Nintendo Switch

One thought on “Razer’s New Laptop Has 3 Screens”

It's just been announced this morning that Microsoft has bought over Maluuba, a startup from Toronto that focuses on utilising...