A private company called Golden Spike, is planning to launch a manned moon mission by the year 2020, for the relatively small price of 1.5 billion dollars.

On July 20, 1969, we walked on the moon. We returned for the next three years, but in 1972, the last Apollo mission ended, and apart from a few probes, we haven't been back. There are some valid reasons for why we haven't gone back; one reason being that it has been more important to learn how to survive for long periods in space, rather than simply going far away. Nevertheless, it is disheartening to see humanity take a step back from it's days at the frontier. Now, a company called Golden Spike, hopes to bring us back.

Golden Spike was named after the last spike put into the First Transcontinental Railroad. It's president and CEO, Alan Stern, is a former director of NASA’s Science Mission Directorate. He and the board of the directors for the company announced their plans to sell round trip tickets to the moon at the National Press Club in Washington DC yesterday (Dec. 6): For a mere $1.5 billion, Golden Spike will send two humans to the Lunar Surface by 2020.

Neil Armstrong, the first man on the moon, during the Apollo 11 mission

$1.5 billion may seem like a lot of money, but it's actually comparatively cheap, comparable to unmanned robotic missions. It may be too pricey for the average Joe, but it should be manageable by private companies or nations who lack their own space program. "We're selling to nations, corporations and individuals," Stern told SPACE.com, "Get in line — and I think it's going to be a long one." Indeed, some nations have already shown interest: "We have spoken to space agencies from both Asian and European countries and found real interest," Stern said.

The company has not chosen a rocket yet, but they are expected to finalize this choice by 2014. To keep costs low, they are most likely going to use already existing or in-development technology. Rumor's that they will be using SpaceX's Falcon9 Heavy Rocket are "not true" according to Stern. In addition, the company will need to manufacture their own space suits and a lunar lander.

The base of the Eagle Lunar Lander is still on the moon, along with this plaque

This isn't the first time private companies have attempted to reach the moon. The Google Lunar X Prize is offering $30 million to anyone who can land a rover on the moon and drive it 500m while sending back data. Stern is part of another venture competing for this prize as well. However, no private venture has attempted to send a manned mission to the moon before.

Golden Spike hopes to send regular missions to the moon throughout the 2020s. Each flight would consist of four launches; two to get the lander into orbit, and two to get the crew and supplies into orbit. That's going to cost a lot, and Golden Spike doesn't have a ton of funding, but according to Stern, this isn't a problem: "We don't need it. We're going to make our business run on sales," 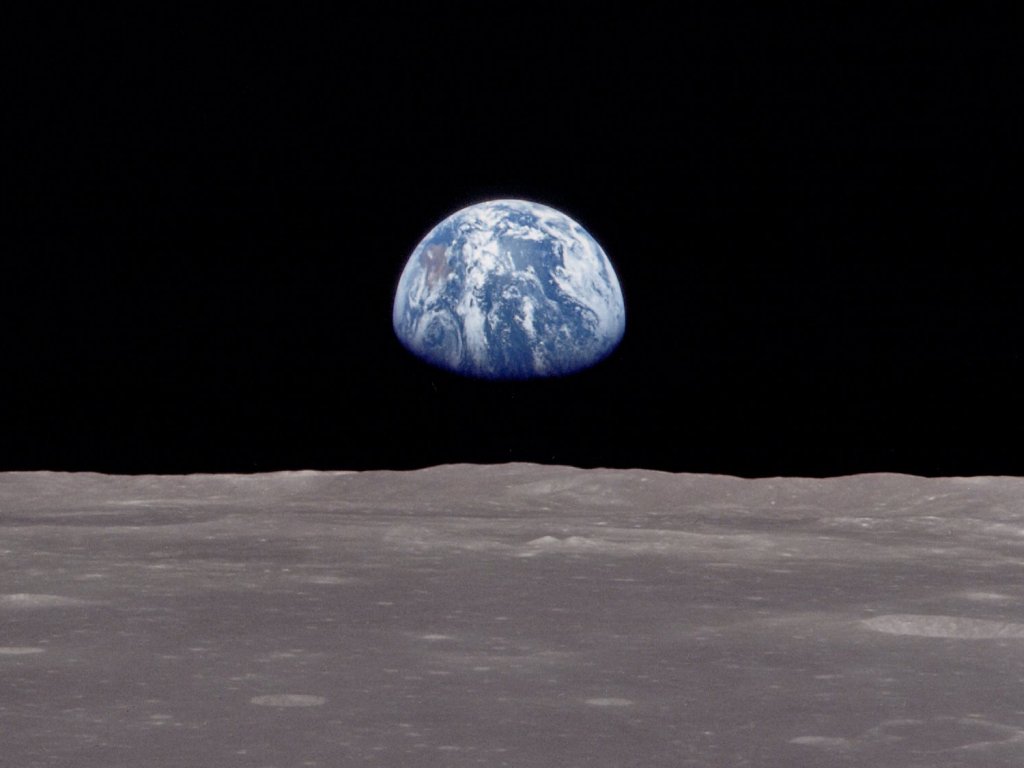 The Earth rise, one of the most iconic photos taken

Golden Spike has been under development and kept under wraps for the past two and a half years, reveals Stern. He and his team chose to announce the news on a significant date, and chose yesterday as it was the eve of the last Apollo mission; Apollo 17, which launched today (Dec. 7) 40 years ago.

TSMC Catches GlobalFoundries with their own 28nm Cortex-A9 Core at 3.1 GHz

Journey soundtrack has been nominated for a Grammy

The soundtrack for the videogame Journey has become Grammy nominated, marking the first time a game soundtrack is considered for...