The PS4 Pro’s latest AMD Polaris architecture GPU is claimed to be 2x as fast as the original PS4’s. This should help the Playstation 4 Pro run games much smoother than the Playstation 4. It will theoretically have less framerate-tears as well. 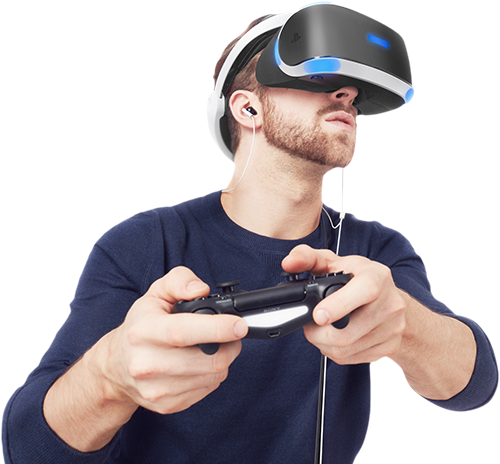 Although all 3 Playstation units are theoretically supposed to support Playstation VR, the original Playstation and the Slim (2016) may struggle to uphold the smoothness of games in virtual reality. The Playstation 4 on the other hand, should be able to deal with the intensive requirements of PS VR better than the rest of its peers.

Sony mentioned that the software will be the same across all PS4 units and all games must be compatible with all 3 platforms.

Nevertheless, it’s been made known that games will actually be able to have some Pro-exclusive improvements which lets them be ran with higher-res textures, better absolute resolutions and smoother frame rates. The only condition is that these guys must still run at an acceptable pace on the original console.

Design changes are honestly superficial and they don’t make much of a difference. The only main consideration, in my opinion, is the size and weight of the 3 different consoles.

The heaviest console is the PS4 Pro at 3.3kg and it is the largest as well. The original PS4 comes in lighter at 2.8kg and of course, the PS4 Slim is the lightest, coming in at 2.1kg.

In terms of size and build, you will notice the new PS4 machines being rather different from the original, however, the remaining accessories hardly differ. Mainly in terms of having a light bar here instead of there and so on. For instance, the new DualShock 4 controller has a light touchpad, but differences are subtle and honestly kind of insignificant.

When it comes to power efficiency, the PS4 Slim (2016) comes off superior to the rest. It draws a maximum of 160W as compared to the original’s 250. This is a huge improvement over the older version.

The PS4 Pro consumes far more power at 310W max, but it’s only understandable considering how much more capable it is in terms of processing power.

If price is your number 1 concern, then the PS4 (2013) might be a better choice since it is cheaper and it’s capable for most intents and purposes. If you want something aesthetically pleasing or something you want to bring around to play at your friend’s house, try the PS4 Slim (2016). However, if you intend to be a heavy PS VR gamer and if you are the proud owner of a 4K television, consider the PS4 Pro.

Sony PlayStation 3 hacked to play games regardless of firmware

Clash of Clans Might Be Getting Virtual Reality Support

Clash of Clans, for those who don't know, is the most popular mobile game worldwide. It's the embodiment of the...