North Korea has just successfully launched a satellite into space, angering most of the world in the process.

Back in April, North Korea attempted to launch a rocket into space. This was one of the first things North Korea's new leader Kim Jong Un did after assuming power, and it failed miserably. Now they've gone for a second attempt, and it seems they succeeded. The rocket launched Tuesday evening with the intent of putting a weather satellite into space. The rocket's first stage dropped into the Yellow sea, and the second stage crashed into the pacific ocean, just east of the Philippines.

Initially, neither the South Korean nor Japanese government were able to confirm if the launch had been a success. NORAD, the US aerospace defense command however, confirmed that they had tracked a long range missile launch from North Korea and confirm that an object has been placed in orbit. 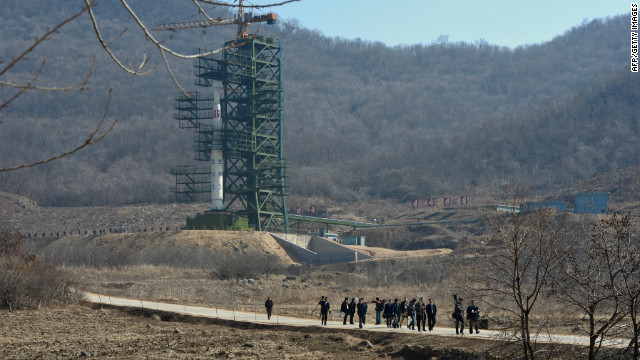 As usual, the world is really angry at North Korea again. President Obama has stated that he's considering "Iran-style" sanctions against North Korea, and the US National Security Council spokesperson Tommy Vietor, called the launch a "highly provocative act that threatens regional security." China has expressed "deep concern" for the act as well, and Japan is calling for an emergency meeting with the UN Security council. Britain is condemning North Korea and stating that it too, will speak with the security council.

The world's reaction isn't surprising, seeing as North Korea is usually regarded as a violent and dangerous nation; however, I wonder if the reaction is appropriate. It is true that North Korea has a vendetta against the United States and has an intimidatingly large army. It would be bad if North Korea began developing long range ballistic missiles, and for a nation that can hardly feed itself it seem odd to be focusing their efforts on space exploration. However, there's a new guy in charge, and it is very possible that they did indeed just intend to launch a harmless weather satellite. If the launch was innocent, this kind of reaction is going to do more harm than good. I can't help but fear that the last thing we should do is have the entire world condemning and threatening Kim Jong Un's every move, thereby confirming his father's opinion that the world is out to get North Korea. Even Kim Jong Un's Disney-themed parade earlier in the year ended with threats of a lawsuit from Disney. Perhaps I'm naive, but I'd say the best thing we can do is send them some food aid, and perhaps try to turn over a new leaf.

Mini-robots trained to group and work together

An infographic detailing the locations and ages of the world's oldest trees has surfaced on the web, demonstrating how ancient...