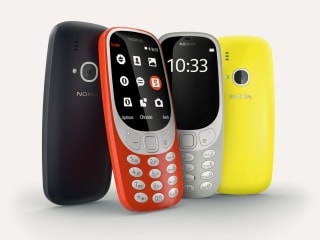 There’s been quite a bit of hype surrounding the Nokia’s 3310 “dumbphone”, which has picked up a large following when the Finnish brand confirmed rumours that it was bringing back the classic model, which we all know as the tanky, hardy, and unbreakable phone of the last century.

However, fans in Singapore will be disappointed, especially if there are hoping to buy one. It seems like the 3310 won’t be coming to our country anytime soon. Our telcos, M1 and Starhub said in response to queries from TODAY that they have no plans to sell the Nokia device here.

There are valid reasons as to why the beloved 3310, which was phased out more than a decade ago, will be unlikely to make an appearance in Singapore.

Firstly, the phone maker itself doesn’t have plans to distribute the phone in Singapore.

Secondly, the 3310 is based off the use of a 2G network. Right now, Singapore has plans to disable 2G services starting from April 1, an M1 spokesperson said. Hence, the phone may be unusable in Singapore.

What’s the deal with the Nokia 3310 though? What’s its appeal?

The latest Nokia 3310 seeks to bring back everything you loved about these plastic communication blocks we used to own over a decade ago in the ‘90s.

It’s sturdy; and claimed to be capable of lasting a month on standby (or 22 hours of talktime), that, is honestly dope.

However, it is after all,  a “dumbphone” so it has no touchscreen – everything’s handled via the keypad. There is als no Wi-Fi support which is why your battery life is so long and there’s not such thing as notifications or applications other than those available on the Opera Store.