No Man’s Sky is an impressive technical achievement for Hello Games. It’s a quaint, but interesting game, that isn’t built for everyone. It’s difficult to give a comprehensive review of the game considering it’s so vast, no man probably manages to see it all, considering there are 18,446,744,073,709,551,616 planets, but I’ll give it a shot.

Up till now, I still have no idea what the goal of the game is, or what exactly it is that I’m supposed to accomplish, but I’ve come to the conclusion that No Man’s Sky is designed to help you explore the world and universe around you. It’s pretty much a man lost in the galaxy, harvesting minerals, and materials whilst fighting of sentries and dying in the cold.

Every planet has its own unique ecosystem, of flora and fauna, as well as precious elements for you to upgrade your exosuit and ship so that your explorations will become easier as you buff yourself up for the harsher conditions you might find on other planets.

No Man’s Sky doesn’t have the graphics of Battlefield or Halo, but it looks good enough. It’s not the resolution or how realistic the game feels that makes No Man’s Sky such a beautiful game, but the colour and design of the items in the world. 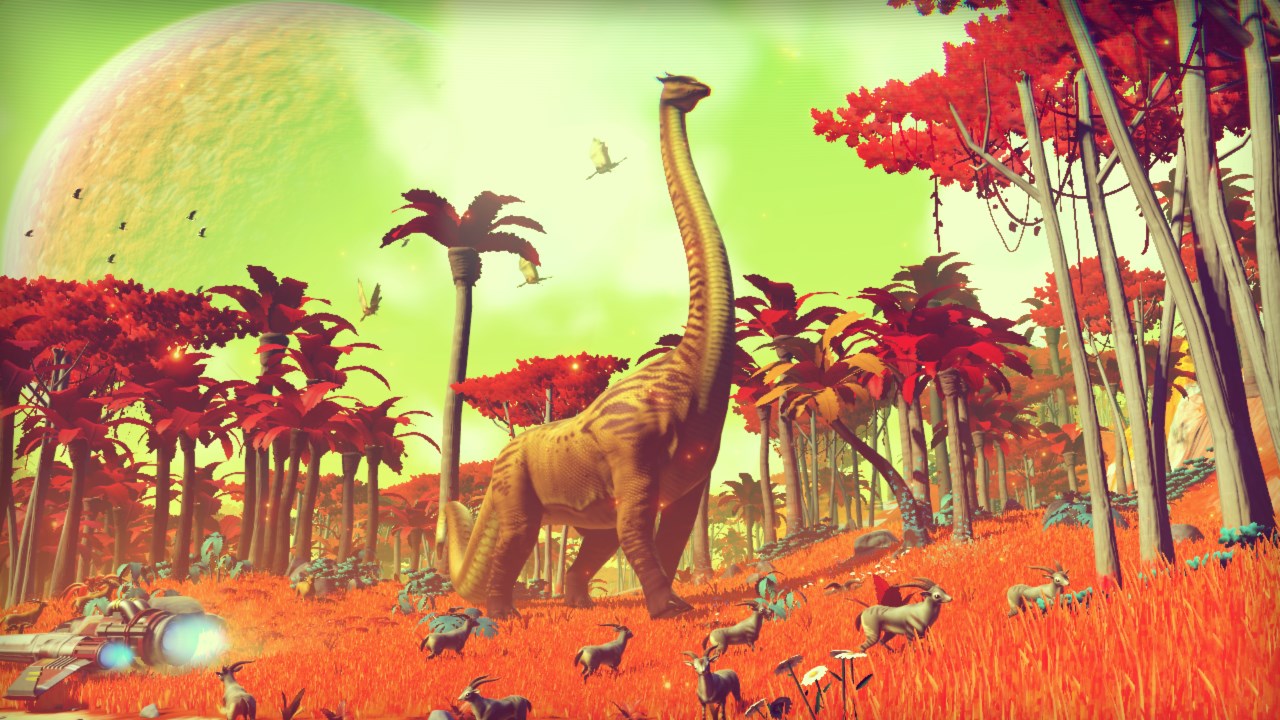 Each planet has its unique flora and fauna, as well as ambience, which I found to be the most important factor in any game’s design. The planet can come off dull and boring if the objects are always dark and gray, but some planets are lively, brimming with yellow and orange creatures and plants.

The vastness of the No Man’s Sky universe is the game’s key attraction point. It makes you realise how small you are, and probably puts you in an existential crisis. I have no idea how big our galaxy or universe is, but I reckon its huge and exploring space, the final frontier, in No Man’s Sky could be either dull and boring or fascinating and mindblowing, depending on your appetite for adventure.

There isn’t too much combat in No Man’s Sky, so if you are a hardcore shoot em’ up player, then No Man’s Sky might be a little boring for you.

The aliens in No Man’s Sky are strange-looking creatures that don’t attack you, they just speak in strange languages and try to get you to bribe them with minerals. 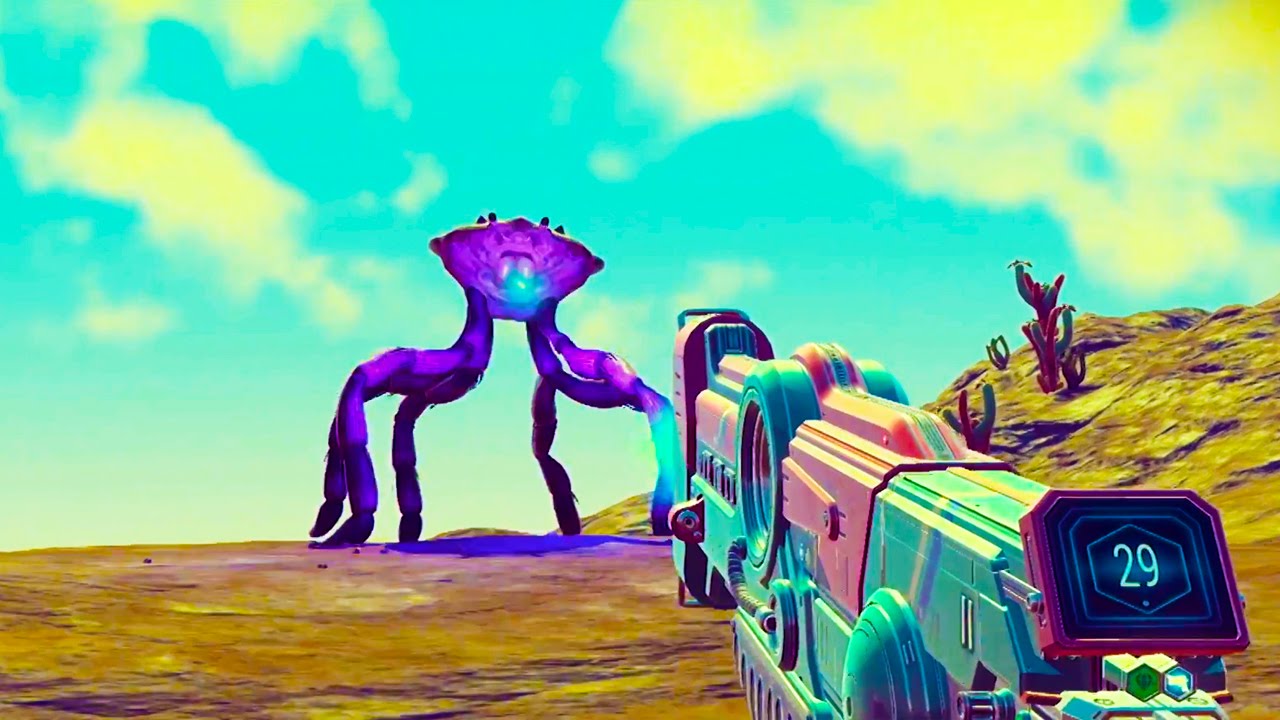 There are drones and sky pirates that regularly annoy you and try to kill you, but combat is more of a secondary objective and if you can run instead of fight, it’s usually a better option. Combat mechanics in the game are quite troublesome and annoying at times since it isn’t very smooth and the game moves very slowly, in terms of plot or just interactions.

What It’s All About

No Man’s Sky can grow tiring after awhile if you don’t have enough endurance. The game gets quite monotonous and you grow bored of it faster than you should. If you persevere and pursue the exploration further, you will realise that there is a deeper meaning to the game. It makes you question the need of possessions and what life’s true purpose is. I found that the isolation in the game makes you realise that no matter what new toys you build for yourself, they prove to be of little value if you have no one to share it with.

No Man’s Sky is an amazing game, but it grows tiresome quickly. If you love open-world adventures and like spending time contemplating on life, No Man’s Sky seems like a good meditation tool. I never thought I would derive meaning from a game, but No Man’s Sky did that for me.

I would say it’s good to give No Man’s Sky a try, it’s a good game, but its mechanics needs to be worked on since things just move too slowly. However, if you are just a guy looking to shoot stuff up, just save your money and wait for the next Call of Duty.

Twenty-one bricked PS4’s have been confirmed so far

Earlier this year, the Motorola XT1662 had leaked online courtesy of a GFXBench benchmark listing. Last month, the smartphone was...