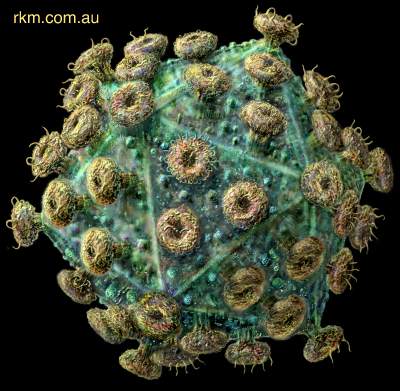 A Yale study attempting to find methods of vaccinating against genital herpes, has possibly come across a new technique which could be employed to fight against a number of viruses, including HIV and herpes, as well as solid tumors.

A new Yale study may have implications on how a variety of medical conditions may be treated or protected against. The researchers have developed a technique, "prime and pull", which could help with vaccinating against herpes.

The technique involves so called T-cells, an integral part of the immune response system. T-cells are antibodies which are deployed when a pathogen enters the body, and they adapt and learn from their experience. T-cells remember how to defeat a certain kind of pathogen, making them very effective if the pathogen ever enters the body again. This is essentially what vaccines do; they create these specialized T-cells by introducing a small amount of (often dead) pathogen, and forcing the immune system into reacting and creating preemptive antibodies.

A T-cell killing a cancer cell

However, there are certain areas of the body which T-cells do not inhabit, such as in the central nervous system and certain parts of the genitals. The prime and pull technique hopes to change this. At first, it "primes" the T-cells by adapting them to fighting certain viruses, such as herpes, and then "pulls" them into places where they wouldn't normally be. Chemokines are a type of chemical which initiates movement in immune cells, and the study found a way to topically apply them to the unprotected areas.

Thus, the prime and pull technique manages to mount a first line defense against viruses which would otherwise enter the body unopposed. In mice, trials have proven successful. Though certainly far from human applications at this point, the research is optimistic. One day, the technique could even be used to combat HIV or tumors.

IBM’s Watson is going to fix the US healthcare system

Apple has unveiled the iPad Mini, a new fourth-generation iPad, and updates to its Macbook and iMac ranges.