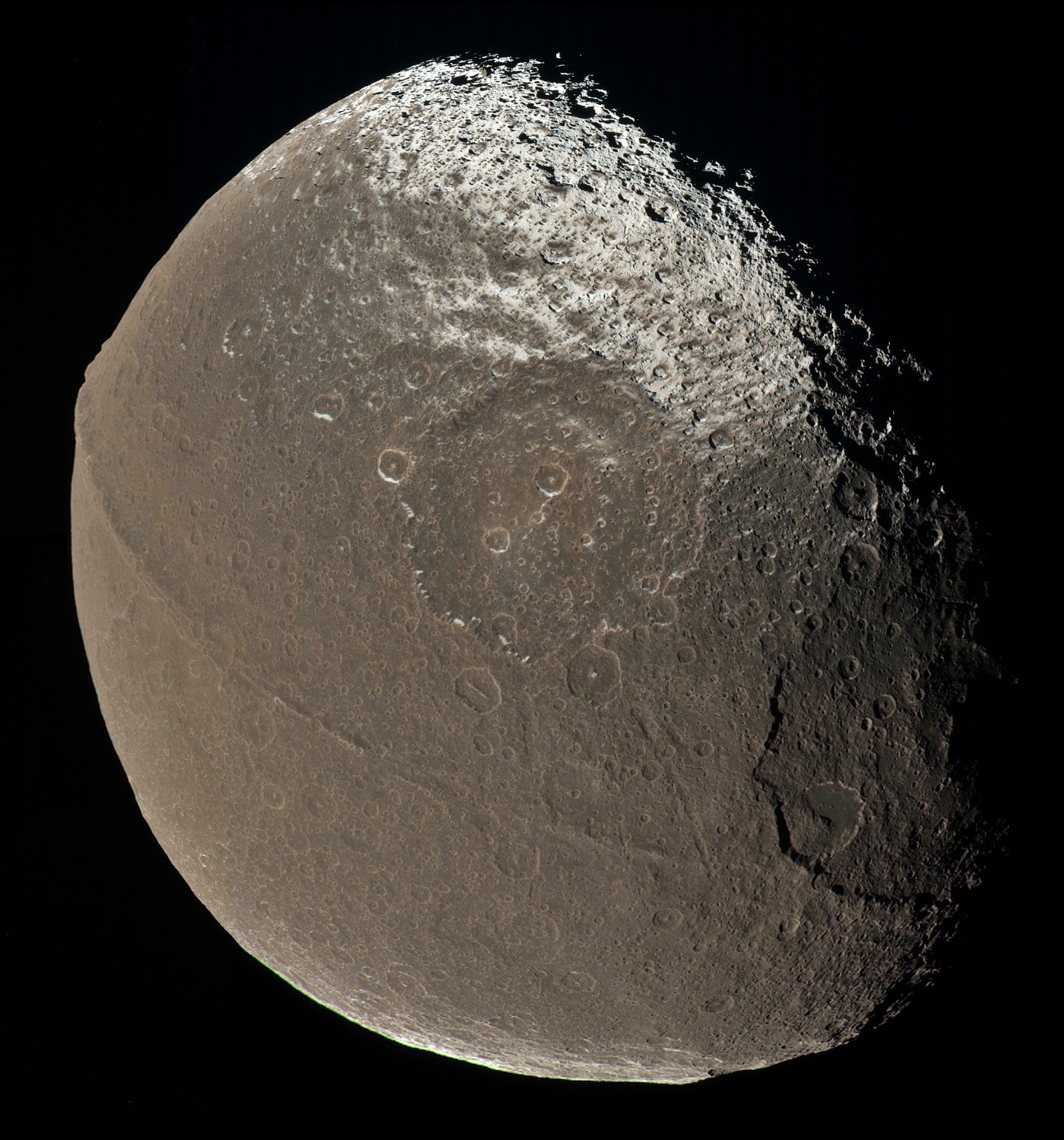 Saturn's moon Iapetus has a puzzling mountain range which stretches across it's equator. It's the only one of it's kind and science has been unable to explain it. Now, a new theory may hold the key to how it was formed.

The equatorial ridge on Saturn's moon Iapetus has confused scientists for years. The moon is the only one of it's kind that has been discovered, and has an appearance reminiscent of a walnut. Many theories have been presented to explain the strange mountain range, including tectonic movement, as well as a smaller body which broke apart, forming a ring, and eventually fell to the surface. Gabriel Tobie of France’s University of Nantes however, has used computer simulation to suggest a new idea. 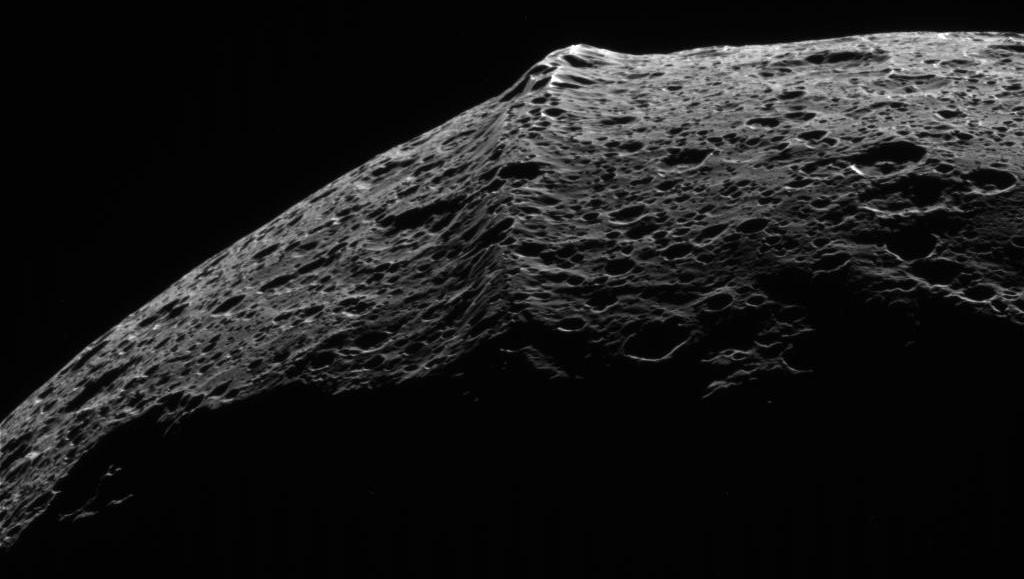 The strange equatorial ridge on Iapetus

Tobie points to a 500 mile wide impact crater on the moon's surface, and suggests that at some point, a body of between 500 and 650 miles wide, impacted the moon, and that this impact changed the rotational speed of Iapetus. Iapetus currently rotates at around 30 hours per revolution, but if it had originally rotated at a much higher rate, closer to 6 hours per revolution, the theory may explain the ridge. By suddenly slowing the rotation of the moon by such an extent, it may have deformed the crust of the moon, eventually leading to the flattened poles and 12 mile high ridge we see today.

The theory was presented at the American Geophysical Union conference on December 4. Critics state that the simulation isn't perfect and that Tobie may have misrepresented the internal composition of the moon, and that de-spinning a moon isn't quite as easy as simply impacting it. There's also the mystery of why the ridge only goes part of the way around the equator.

Two suns not enough? Have four! Planet discovered with a view of four suns

When it comes to the video game Hitman by Square Enix there is no getting around the fact that the...