Xiaomi’s latest phablet, the Mi Max has been making waves lately. Unlike other 5.5” phones claiming to be phablets, this behemoth is truly a hybrid between a smartphone and a tablet. Priced attractively at $349, the Mi Max is a powerhouse to be reckoned with.

The Mi Max is a humongous 6.44” smartphone that is just 0.56” short of 7” tablets such as the famous Nexus 7, yet it appears incredibly sleek and light. Only 7.5mm thin, it’s almost impossible to find a smartphone above 6” sleeker than the Mi Max. Gripping it with one hand is easy for most guys, but ladies may have a tougher time holding it single-handedly. However, the Mi Max definitely requires 2 hands to maneuver and navigate due to its huge screen size.

The matte rear of the Mi Max looks classic and stylish, and it holds the fingerprint sensor right below the camera, which most people will use with their index finger. This sensor, unlike thumbprint sensors on the front, does not require the screen to be awake for the phone to be unlocked, which makes starting up the smartphone a lot faster than you would expect.

The Mi Max comes with a Dual-SIM hybrid tray that gives room for 1 Nano SIM and 1 Micro SIM, which actually allows you to use your Mi Max immediately without having to find an adapter. If you choose to use both SIM slots, you will not be able to use the expandable storage option that gives you the chance to insert a microSD card to increase your memory size by 128GB. However, for most people, the 32GB memory on board should be sufficient for day-to-day use.

The MiUI is an acquired taste. It’s flat and simple to use, much like the Apple’s iPhone interface.

It doesn’t have an app drawer unlike other Android launchers, which may cause a messy home screen if you don’t categorise your apps properly.

The multi-tasking window was not something I personally appreciated because the app switcher displays a row of open apps, but you don’t get a preview of each app’s screen that other Android devices show.

On your lockscreen, you aren’t able to hold onto chat notifications and drag to get a preview of the message, which other Android devices and iPhones are capable of, so the only way to read a WhatsApp message for instance is to blue-tick your sender.

On your lockscreen, you aren’t able to hold onto chat notifications and drag to get a preview of the message, which other Android devices and iPhones are capable of, so the only way to read a WhatsApp message for instance is to blue-tick your sender.

One very interesting feature the Mi Max has it a portable IR blaster. Known as the Mi Remote App, this lets you control many appliances at home, from your air conditioner to your television right from your smartphone.

The Mi Max’s 16MP rear camera does the job well for a midranger. Resolution was good and details were strong, however the colour contrast doesn’t come off as vividly as other smartphones like the Asus ZenFone Selfie or Lasers that are around that price as well. The 5MP front camera also didn’t produce very good selfies due to the lower than ideal resolution, but there is nothing to complain about considering its price.

Here are some shots in good lighting conditions:

Shots taken whilst travelling in Sydney: 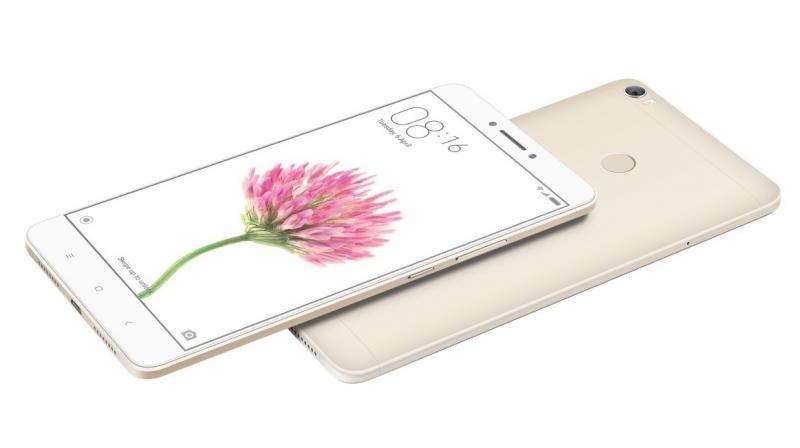 The Mi Max fits the bill well for a mid-ranger. It’s 3GB RAM and Snapdragon 650 processor makes multitasking a breeze and most apps can be handled with little to no lags. Benchmarks place the phone on par with smartphones like the Sony Xperia X which costs $500 more than the Mi Max.

The battery life on the Mi Max is also incredible. With 4,850mAh capacity, the Mi Max is capable of running for 2 days before needing to recharge even with fairly heavy usage, of around 4-5 hours of video playback and 4-5 hours of web-surfing a day. This makes the Mi Max a powerhouse that has an endurance rating higher than flagships like the Samsung S7 Edge.

The Mi Max is a powerful and affordable phablet that lives up to its name. The incredibly battery life and huge screen makes it ideal for a media device and for those who just dislike squinting at tiny fonts and screens. The only drawback of having such a huge device is the inability to navigate the user interface single-handedly.

One thought on “Mi Max (S$349) Review: An Incredible Phablet at an Incredulous Price”

The End for Samsung Galaxy Note7?

With Samsung’s official announcement to both halt the sales and exchange for the Galaxy Note7, this might actually really be...