The Inokim Light eScooter is a respectable all-rounder capable of not only carrying heavy loads and going the distance, it’s fairly portable as well. This aesthetically-pleasing vehicle is one of the reasons why Inokim has truly carved a name for itself in the eScooter industry. 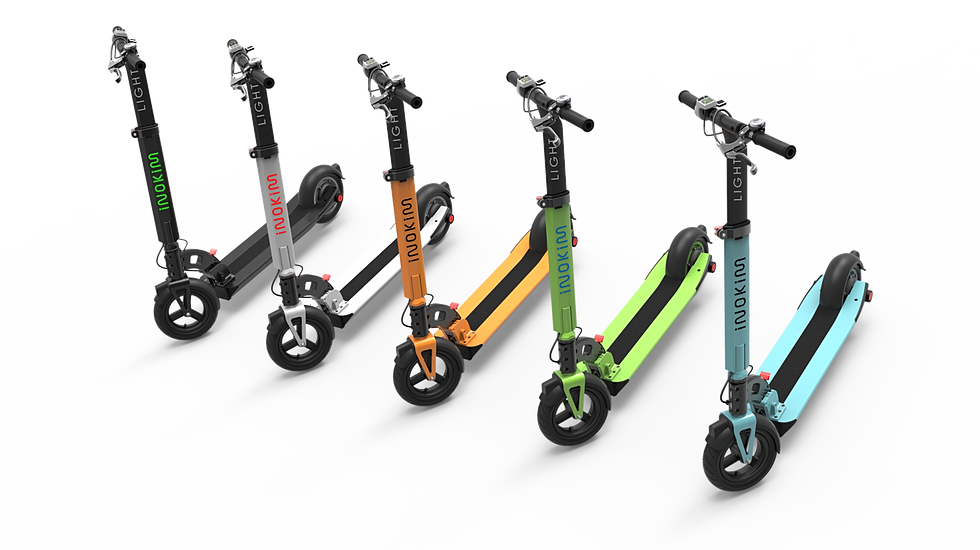 The black Inokim Light probably doesn’t look as striking as its other counterparts, but the blue unit I received on loan looked absolutely stunning. The contrast of black and sky blue brought out a very hip and youthful feel to the Inokim Light.

It’s combination of glossy and matte stem makes it feel classy and yet professional at the same time.

The board is wide and the tyres aren’t solid rubber, but larger and more airy ones. The implications of these will be mentioned later.

The handle was wide enough for a stable grip, but the finger trigger for the accelerator could have been angled higher. The lowered angling of the accelerator does force your holding position to be slightly awkward at times.

With a maximum speed of 25km/h, the Inokim Light can be used in 3 different gears, each with their specific speed limits of 8, 17 and 25km/h. The speed can be further controlled depending on how much you push down the thumb accelerator.

It has a max load capacity of 100kg, which means it can ferry most Singaporeans, but running the Inokim Light even on slopes seemed to be fine, meaning that there was sufficient power in the engine of the e-scooter.

The acceleration was fast, and it could be a little uncontrolled at first because you have to kick off before it moves. This is good on one hand whereby you don’t accidentally accelerate, but it’s initial kick off once you push the scooter can be really fast if you are using it for the first time.

With 25-30km worth of juice, it’s pretty standard in the e-scooter market and probably needs to be recharged either everyday or every other day depending on your usage, but it’s definitely enough for most people to ride it to work and back without hassle.

The Inokim Light is a mid-ranger in all areas. It’s not too heavy, but most certainly not light as its name suggests. Being a 60kg male, dragging it around like a luggage was fine for me, a little strenuous at times, but still manageable.

To the female user, it might be rather tough to lug it around. Not impossible, but ladies, do expect yourself to work out a little bit of sweat if you carry it for long distances.

Fortunately, you can add in a sling attachment to help carry it, which surprisingly makes it much less strenuous when you sling it instead of towing it. One thought on “Inokim Light eScooter Review: A Solid Mid-Ranger”

On this week’s ‘Crowdfunding Campaign Of The Week’, we feature RoVa4D a full colour, affordable and compact 3D printer built...