Google's music streaming and cloud storage service is becoming available in Europe, and has now rolled out in a number of European countries.

Google Play Music is a mix between iTunes, Spotify and a cloud storage service and for the past few years, it's been available exclusively in North America. Now the service is becoming available in Europe and Google is rolling it out in a few countries to begin with. The UK, France, Germany, Italy and Spain can now make use of the service, and more countries will undoubtedly follow soon.

Play Music has two main features. It is composed of a music store, similar to the iTunes store, which allows you to search for and purchase music. In addition, the cloud storage feature allows you to store your own music library in the cloud, letting you stream it from any computer or smartphone with an internet connection. You may, of course, also download your music to keep it on your computer, when the internet is not available to you. I've been using the service for a long time and can attest to how practical this cloud feature is. I always have my music with me, no matter where I am or what I am doing. In addition, when a hard drive failure destroyed my music collection last year, it was saved in Play Music. 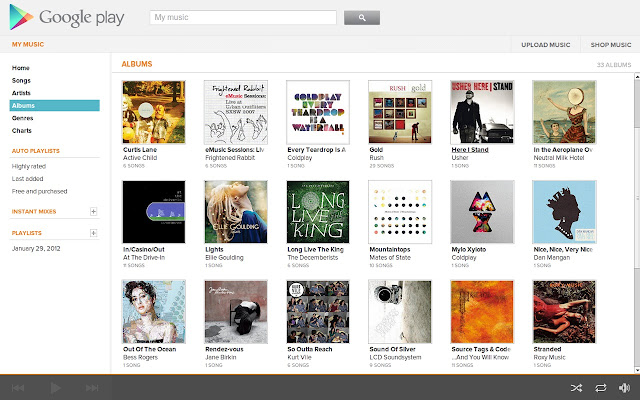 It may take some time for Europe to warm up to the idea of Google's music service, but many will soon see it's usefulness; especially with the recent announcement of Warner Music Group's inclusion to Google's worldwide music catalog, meaning a lot more music will be coming Play Music's way.

10 Apps recommended for your BlackBerry

Google officially announces the followup to the Nexus 7

In a recent interview with The New York Times, Rockstar Games co-founder Dan Houser reveals a few spoilers for Grand...