Google has just given $5 million to the World Wildlife Fund (WWF). With this money, the WWF will build drones to fly over areas of Africa and Asia to monitor endangered species. The primary goal of the effort will be to protect the animals from poaching. As an added bonus, the money will also fund the development of software which can map out where poachers strike most frequently. 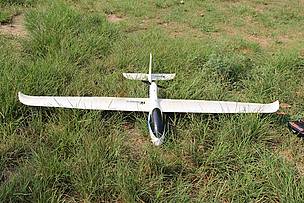 This is a drone used by the WWF

The World Wildlife Fund has already used drones in Nepal, where they could fly for as much as an hour at a time, monitoring the ground with onboard cameras and recording suspicious behavior. They act in supplement to rangers who are already on the ground searching for the poachers. In essence the drones serve, much like in the military, as "eyes in the sky".

Poaching is a serious problem for certain species, such as elephants and tigers, who are desired by poachers for various body parts which are believed to have healing or magical powers. The parts usually sell for top dollar. The poaching of Rhinos is so bad that they may risk going extinct within a few years unless the poachers can be stopped. Google's efforts will hopefully aid significantly in that purpose.

Early Sales Projections are Pointing To A PlayStation Victory For VR

YouTube has undergone a major overhaul. The interface has been redesigned, for all platforms, with focus on a pretty important...