Recent News
Home > News > Ever wanted to own a Warthog? Now you can. 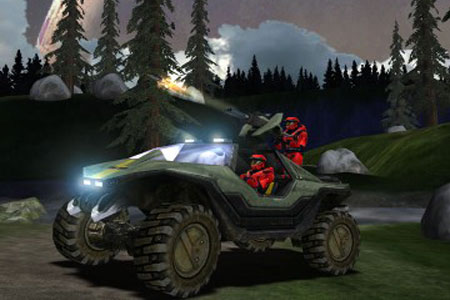 A custom-made warthog originally created for a Halo fan-film is now up for sale, and you can buy it for just $28,000

Back in 2009, Peter Cooper and a few friends were making a Halo fan-film called Operation Chastity, and they needed a warthog, the game's futuristic answer to the Humvee. They bought an old Land Rover via GumTree4x4.co.uk and modified it until they had a replica of Halo's iconic vehicle.

Check it out Halo fans!

Operation Chastity's blog details the construction of the vehicle, and shows how the team stripped the Land Rover down to its bare essentially, before constructing a metal frame around it and filling in the gaps with wood and fiberglass. After painting it, adding minor details here and there and adding custom seats, hubcaps, instruments and windshield, they ended up with just about the coolest car ever.

Cooper is no longer using it however, and has put it up for sale, which he announced via Twitter. He'll take any reasonable offer and has stated that the car is currently worth about $28,000.

Sony to raise $1.5 billion from sale of bonds to reinvest into research and pay off debts

Boil Water with No Bubbles, or More Bubbles if You Prefer…

Vuzix says its Smart Glasses will beat Google to market

The escape belt is a new type of seat belt which automatically activates when in contact with water, and thereby...