Dead Space 3 has been critiziced for featuring an optional co-op mode, which players believe will remove much of the horror elements in the game. The co-op though, will feature some unique features that may change that.

Dead Space 3 has been under some criticism recently, much focused on it's upcoming co-op gameplay. Many critics believe that including co-op in a horror game will remove many of the elements which makes the game scary.

Visceral Games hopes to remedy this by adding some interesting and unique elements into the gameplay: Both playable characters will be having hallucinations at different times during the game, while the other continues to experience the game normally. This will lead to one character running off like a madman, while the other is left alone to fend for themselves. Alternatively, they could choose to follow the player, but may then be lead into a situation more dangerous than they were previously in. 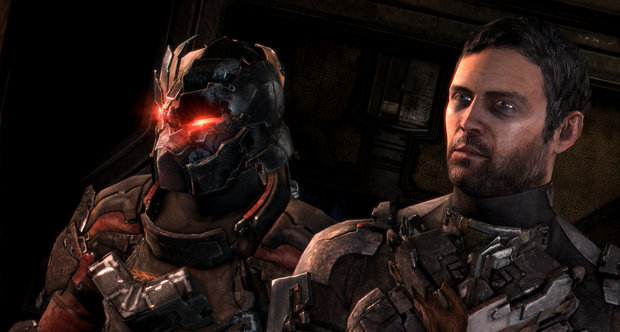 It's likely that this won't restore all of the dread and loneliness the game series have previously been good at invoking, but it is taking a step in the right direction. Having co-op take a few unique and different turns will set it apart from the regular concept of "play the same game but with a friend", is welcome too. At this time though, not much is known of how extensively the hallucinations will be incorporated into the game.

Personally, I have never been a particular fan of co-op, and I have been skeptical to the Dead Space 3 co-op in particular. I have to admit though, I'm very curious to try it out. Dead Space 3 will be released in February 2013

Guide To Building A Gaming Rig For Battlefield 3

007 Legends game to feature James Bond talent past and present

PS3 players rejoice; after a long wait filled with bugs and delays, Skyrim may soon get a DLC pack for...