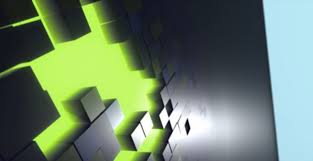 Peter Molyneux's newest game has just been released on the iOS App store. A giant cube is waiting to be chipped down to nothing, with a mysterious prize for the one to cut the final piece off.

Peter Molyneux has been working on a mysterious new game and it's finally been released for iOS devices in the App Store. The game is Curiosity, and the goal is to chip away at a massive cube until you get to it's core. Perhaps with a little inspiration from minecraft, players will be using tools like dynamite and pick axes and chip away "cubelets" from the giant block. The players will be cooperating, and that's a good thing, considering the hundreds of millions of cubelets between them and the center. Every time you chip away a cubelet, you'll earn coins. One hundred coins will show you the statistics screen. 3 billion coins will give you a diamond chisel (not pickaxe).

The game in action

So why bother? Well, there's a surprise waiting in the middle. The player who chips away the final cubelet will receive a prize, which, according to Molyneux, will change that person's life. It must be some prize, because a DLC will be coming out soon which has the whopping price tag of £50,000. The game itself though, is free. In the first four hours of it's release, 24 million cubes have been chipped away, so join in before it's too late. That is, assuming you're using an iPhone. Otherwise, you're out of luck, since it's only available for that platform.

New racing simulator costs as much as a real car

A new racing simulator is designed to look just like the real thing. With authentic tires and a Formula One...