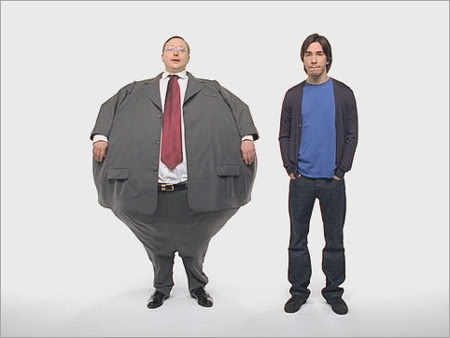 Windows notebook and PCs have a long history of coming with tons of unnecessary software preloaded on them, stealing valuable hard disk space and RAM straight out the box. While Windows 8 throws away a lot of Windows traditions, it appears to still cling to this one.

After all this time, this should have been an easy issue for Microsoft to fix. While they cannot be blamed directly for the mischievous acts of their OEMs, they could certainly have laid down some guidelines to prevent this kind of abuse of users. PC makers surely have an incentive to pour the useless bloat down the throat of every buyer, since they're like to be getting a nice sum from the software providers themselves. Either that or they are seriously naive enough to think that their users want their PCs bogged down with all that worthless software. But it’s probably the former.

It’s a sad state of affairs, but the tradition continues with Windows 8 PCs. Bloatware is back in full fashion. Several PC makers were recently asked for a list-up of what software came pre-installed on their computers, and the results fell into three categories:

While category one is mostly necessary (although we could do without some of those ‘management tools’ you enjoy throwing on your PCs, ASUS), even optional software such as S Pen is already dubious. These built-in programs are often poorly written and do little to improve the user experience.

Update managers are also horrendous, with default settings they pop-up way too often, and besides that they steal a huge chunk of memory just to download “system” updates which often do anything for your PC in the first place.

As long as you keep your Windows updated you are fairly secure, so these system updates generally only serve to provide you with the latest edition of crappy bloatware that you didn’t want to begin with. I get a pile of trash on my brand new computer and I have the privilege of wasting my time and my memory just to update it to the next poorly written code revision. Yeah, no thanks.

The third category is not excusable at all, as it consists of trialware and begging programs which constantly yell at you for not paying for the full version. I didn’t even want the damn software to begin with, and it’s popping up windows every time I turn on the PC. These apps merely serve as a waste of time because there is no doubt you will uninstall them from your computer. If Microsoft really wants to compete against Android and Apple in the mobile space, it needs to shape up its OEMs and clean up its image.

Here is the bloatware list in full, courtesy of informationware:

NVIDIA GeForce GTX 980 Ti gets benchmarked ahead of announcement

While we might still be a few weeks away from the arrival of 2013 Bing, Microsoft's search engine, has come...