The ROG G20 is probably one of the world’s best gaming desktop. Why would you want a gaming desktop instead of building it yourself? What is it about the ROG G20 that’s so impressive?

You have heard of the NVIDIA ® GeForce ® GTX TM 1080 graphics card. It’s been making waves in the video game industry, and not without good reason. It is the most advanced gaming graphics card the world has see to date. It provides unparalleled performance, efficiency, and gaming experiences thanks to its new NVIDIA ® Pascal™ architecture.

Unlike computers that overheat after some time, the new GeForce GTX 1080 is crafted to offer an advanced heat dissipation system using vapour chamber cooling technology.

With the hardware of the ROG G20, it provides an undisruptive HD-gaming performance and entertainment for gamers. 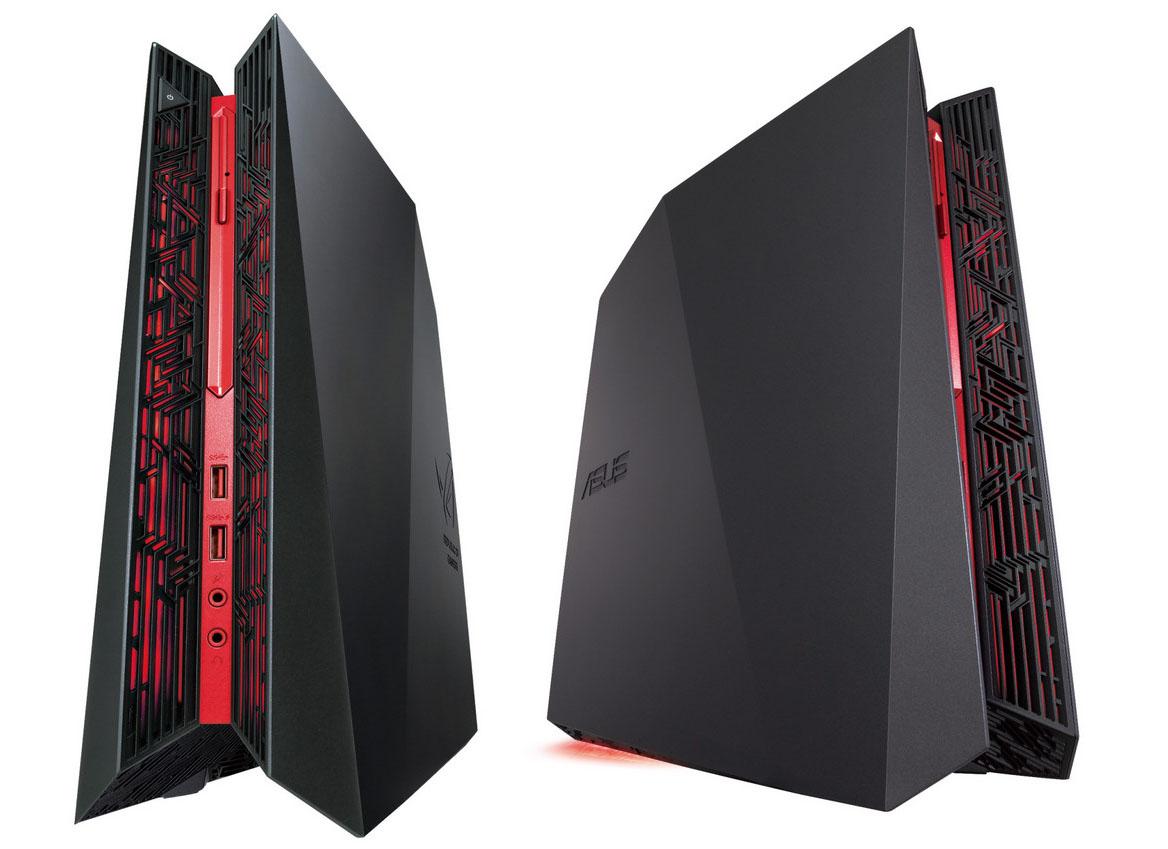 Bulky ugly gaming desktops are horrid. But the ROG G20 showcases an Avant-garde design for its system, streaked with aggressive lines that boasts its lean and mean factor.

This gaming desktop is also eco-friendly, built to be energy-efficient with its Eco Energy Mode running at a mere 20W, delivering energy savings of 50% better than the industry average.

To remain sleek, the ROG G20 is designed with no visible exterior side exhaust vents. On the outside, the ROG G20 sports a bold design boasting a matte-black finish and aggressive Mayan lines. These customisable lighting with up to 8 million colours, are designed to reflect the gamers’ feel of their gaming experience.

It isn’t just cool, it’s swift and silent. The ROG G20 takes on the advantage of a natural convection thermal design with a hidden airflow tunnel that removes heat efficiently and silently. Two internal fans further enhance heat dissipation, making the ROG G20 an ideal gaming PC for gaming marathon sessions. It is well-known for its near-silent operation, measuring at just 22dB at idle.