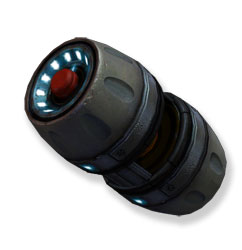 The US Army is looking to combat IEDs utilizing the same kind of technology often seen in sci-fi movies and video games: EMP grenades.

Today, the biggest threat against America's troops in Afghanistan is the IED, or Improvised Explosive Device. Combating this threat is difficult and dangerous. Jamming vehicles, robots and Explosive Ordinance Disposal teams have to be called in whenever an IED is discovered in order to neutralize it. It's an expensive and time consuming procedure, and unfortunately, though the US military has become better at detecting IEDs, some of them are still only discovered as they go off.

In order to simplify the procedure, bringing IED disposal down to an individual level, the US Army is looking into developing an EMP Grenade. The grenade would be portable and light weight enough to be carried by individual soldiers, and could be tossed near an IED to neutralize it. Indeed, it could even be tossed into a room where an unknown IED may exist, and neutralize the threat before it's even detected. 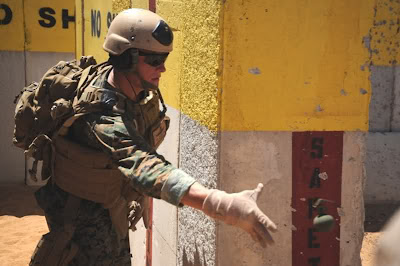 "When the pin is pulled, mr. Grenade is not our friend"

EMP, or Electro Magnetic Pulse, is a technology in which a strong wave of electromagnetic energy is used to overwhelm the circuitry of electronic devices. This is useful in IED disposal as many of them have electronic components. IEDs frequently have remote triggers, and in this case, EMP technology would shut down the device's circuit boards and make detonation (or indeed communication with the trigger) impossible.

For the companies participating in the development of the device, the US Army has put a few restrictions on the design. For instance, it has to be small enough to be portable, in the same size range as “hand or robot delivered munitions, 40 mm grenades, Rocket Propelled Grenades (RPGs), and Stinger, Hydra, and Javelin missiles."

Additionally, the designers have to choose how to implement the EMP technology, as the grenade could either be explosive or non explosive. An non-explosive EMP device emits a series of compressed electromagnetic pulses at an ever increasing frequency, which should fry the circuitry of the targeted electronics. Unfortunately, non-explosive devices tend to be large and expensive. An explosive EMP device on the other hand, is much more powerful, and smaller, but uses superconducting materials to store the electromagnetic energy inside, and those materials have to be cooled. In addition, an explosive EMP grenade would most likely destroy itself during detonation, making it a one-shot device. Of course, the same goes for a fragmentation grenade, so perhaps self-destruction isn't a major concern.

It's going to be very interesting to see how the development of the EMP grenade continues and seeing it used in the field one day may really turn the tide of the war. However, they do have to get there first, and they seem to have a lot of work left. Even if the grenade works perfectly for example, there's still the issue of protecting the army's own equipment from being disabled by the grenades.

Our electrifying colleagues at Chinese VR-Zone have published exclusive snaps of the elusive white edition of the Asus PadFone 2...