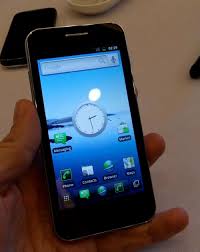 The Huawei Glory was officially released on November 6 and has been called "the quad-core king."

Huawei unveiled the Glory on November 1 for a short preview at a mall.  Afterwards, an estimated 1 million customers preordered the Glory.  According to Huawei, that number soon rose to 2.2 million, setting a record for the mobile phone industry in China.

Dragon Quest X: Rise of the Five Tribes Online, a game that was released by Square Enix for the Nintendo...